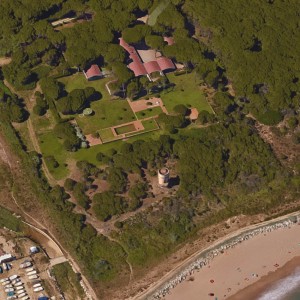 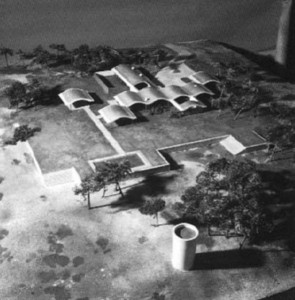 To begin with, the project benefited from an exceptional set of circumstances: an excellent location, various hectares of pinewood by the edge of the sea in the Ricarda lagoon area, and the unbeatable attitude of the client, cultured and exacting, who wanted to have a summer and weekend house built within a few kilometres of Barcelona. From the first contact between architect and developer in 1949 until the building finally materialized, thirteen years went by. The second proposal put together by Bonet in 1953 was the one that was finally accepted and built. Developing the house on a single floor and foregoing views of the sea was to prove productive as a form of renunciation. On the natural terrain a levelling platform was prepared that accommodates the house and its adjacent outside spaces. The line of the facade remains at 130 m from the sand beach and the maximum height of the building is 3.75 m above the modified ground surface.

The house is organized from the aggregation of a module—both structural and spatial—one storey in height (8.80 x 10.10 m). This module consists of a 7.50 metre-long vaulted roof that reaches a maximum height of 3.10 m, ending in two flat lateral overhangs, each one 1.30 m wide, that subsume the horizontal thrust. The vertical structure of each module consists of four metal pillars, consisting of two 0.13 m American standard channel profiles that are received by the over- hangs. The aggregation of modules is produced longways by prolonging one vault with the next, and sideways through the intercession of the overhangs. This basic unit is exposed in the porch-module jutting out from the living room. Four modules concatenated by the overhang form the house’s communal central spaces—lounge, dining room and kitchen. With regard to this strip, advancing southwards are two open modules that gain space from the garden and let the bedroom wings grow towards the north. The architect’s wish was to keep the master-bedroom module completely independent—as can be seen in the photo of the model—which the client resisted, so that finally the module was linked to the rest of the house by a totally glazed passageway. The geometrical grid regu- lates the entire external levelling platform of the house.

The issue of linking the master bedroom to the rest of the house is not only a functional one—it reveals a strictly architectonic problem: the difficulty of genera- ting a linear passageway sideways on to the vaults, as the basic unit had propo- sed. The vault is the star feature but the overhang is the key to the articulation of the modules, to such an extent that the setbacks the roof undergoes never affect the overhang, the continuity of which is jealously guarded. The overhang permits the sideways concatenation of vaults; it receives and evacuates rainwater from the roof; its width delimits the circulation areas—access to the bedrooms, the stairway to the basement, the outside passageway between kitchen and garage. It also articulates the connections of the passageway between rooms; accommo- dates backup services like the dressing room, the guest toilet and the imposing chimneybreast in the big lounge. Its 1.30 m depth provides the point of reference for situating the walling on the facades to east and west, which always extend on the outside edge of the overhang, or on the inside of it and halfway across. Many internal laws are derived from the basic grid. Superimposed and commin- gled are criteria for making the openings onto the outside, illuminating the house, protecting it from the sun according to its orientation; for facing the vertical and horizontal surfaces, for inserting the interior divisions or the fixed furniture, and so on. Architect and client worked closely together, which facilitated the extre- mely delicate task of resolving all the details of the house, which surprises and delights all who visit it.

The architects responsible for the restoration in 1993, Fernando Álvarez and Jordi Roig, made an exhaustive graphic reconstruction of the house, a work that has been documented and published, and which provides an unsurpassable approximation to the technical conditions of the design. 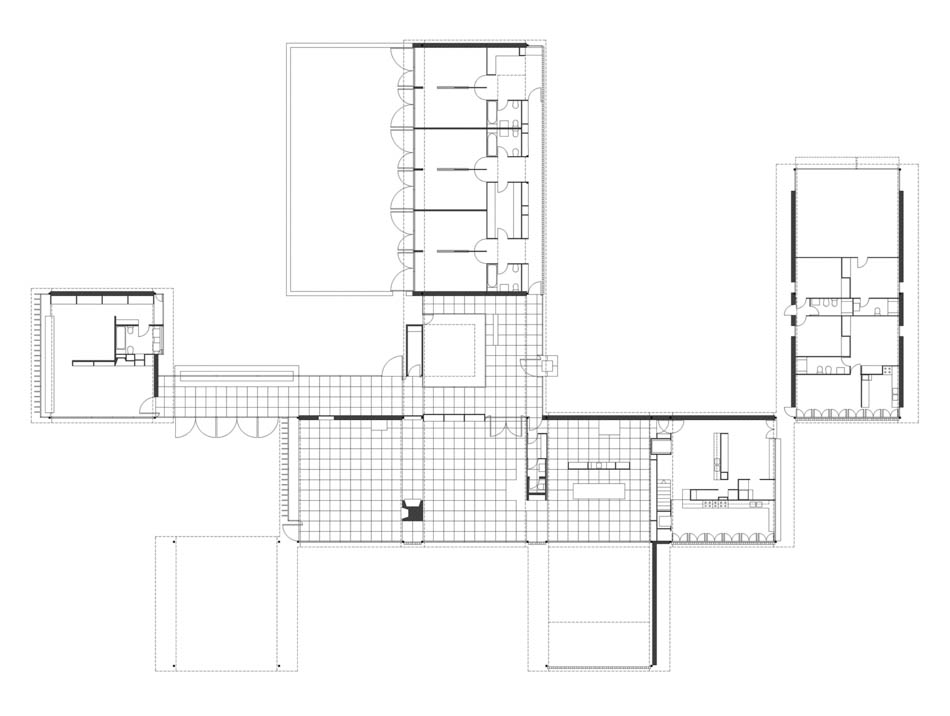 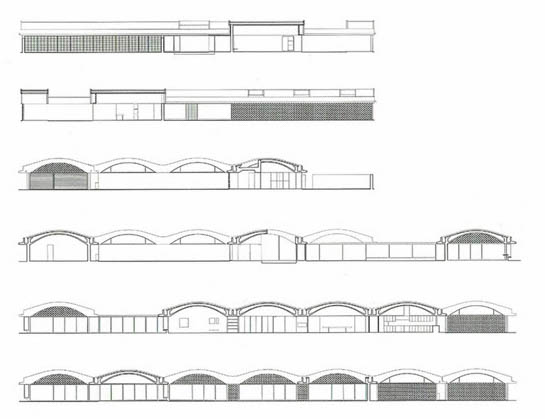 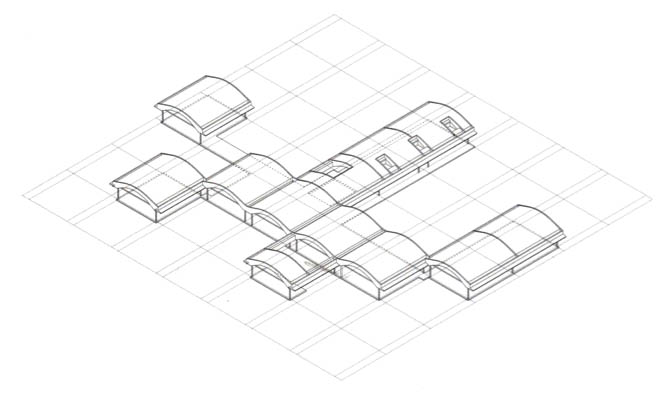 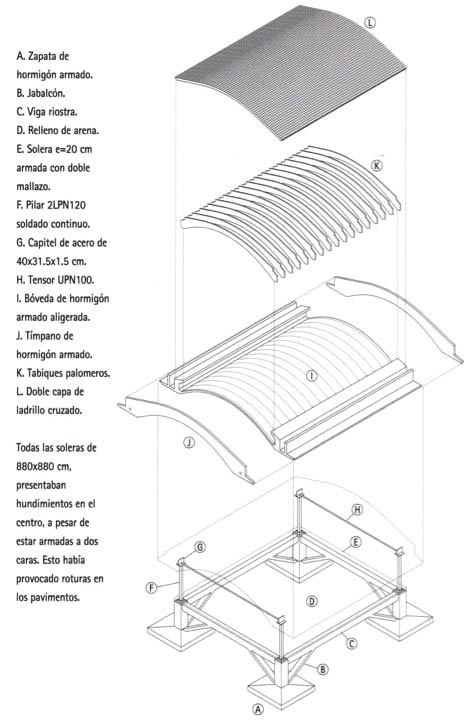 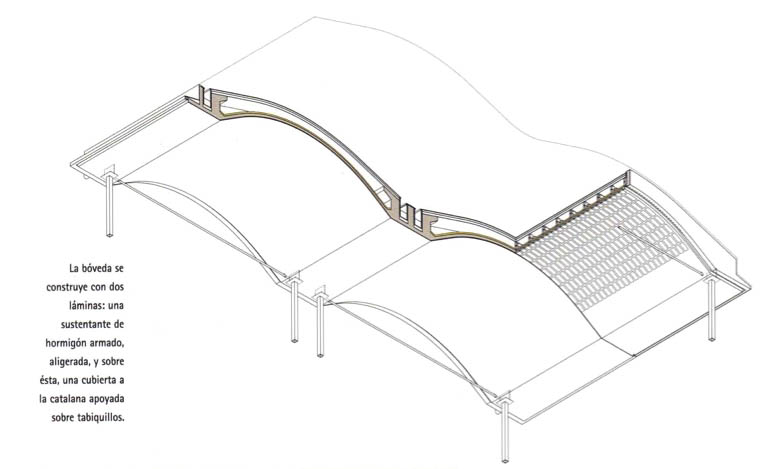 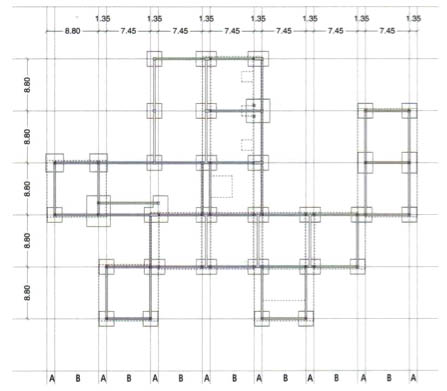 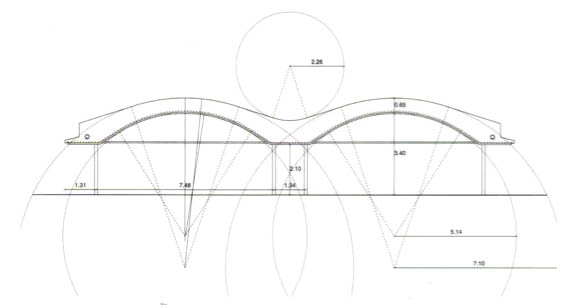 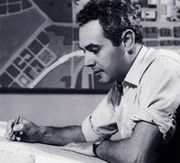